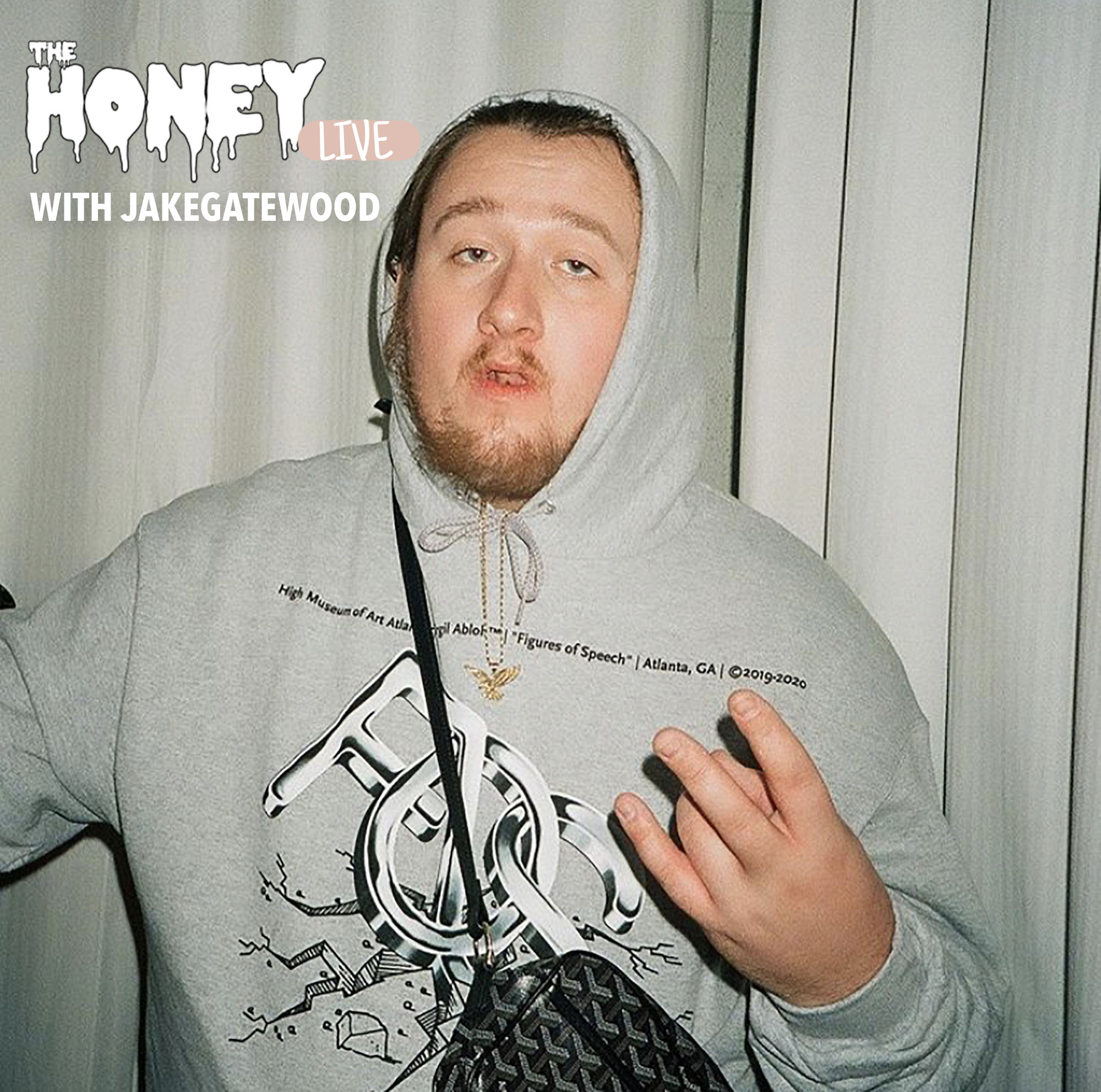 Back in May, we had the pleasure of sitting down via Instagram Live and talking with Forth Worth based artist, DJ and producer, JAKEGATEWOOD. We talked about everything from his first $90 DJ board bought at Best Buy with his birthday money at the young age of 14 to how his debut single “Do It Like Me,” came about being featured on No Jumper.

THE HONEY: YOU HAVE TWO SONGS OUT SO FAR… YOU’RE VERY PARTICULUAR WITH YOUR MUSIC AND WHO YOU WORK WITH… HOW DO YOU DECIDE WHAT YOU RELEASE AND WHEN?

JAKEGATEWOOD: “Prior to ‘Do It Like Me,’ I had no original music out and that just came about on my SXSW trip last year. We made ‘Do It Like Me,’ and we got it finished after the month. Then, I was like ‘well shit let’s shoot a video,’ and then I was like ‘why don’t we make that my debut single?’ So I put it out. Then, this time around with ‘Pull Up’ I wanted to be playing chess. I wanted to be a little bit more…. smart. I wanted to have a real promotional plan and a rollout plan. So, I really just kinda put all the pieces together, sat down with my team and made sure everything was perfect. We decided not to do a music video for ‘Pull Up,’ but we did a little social media video. So, when it comes to releasing a record I’m definitely very strategic. One of my songs doesn’t have to hit a certain amount of streams in order for me to release another one or anything like that. It’s more like when I think a record is completely finished and we sit down and really analyze it and think it’s the best one to move forward with. I want every single one to be special.”

THE HONEY: DO YOU EVER FEEL ANY SORT OF ANXIETY OR PRESSURE TO PUT MORE MUSIC OUT? MOST PEOPLE BELIEVE IN QUALITY OVER QUANTITY BUT A LOT OF TIMES PEOPLE FEEL PRESSURED TO STAY ON PEOPLES MINDS; DO YOU DEAL WITH THAT AT ALL?

JAKEGATEWOOD: “I mean, I definitely get anxiety about what to do next; what’s the right move? But, I’m not real pressured right now when it comes to music. I don’t have a label knocking at my door, my manager is awesome, my team is awesome. So, I just take it day by day. I try not to overthink it. I like it to be natural; if I want to release a song I’ll release a song. I don’t want be expected to drop a song every week… you know? It’s just when I think it’s the best time for the world to hear it.”

THE HONEY: HOW DID YOU GET INTO MUSIC?

JAKEGATEWOOD: “I wasn’t making music in high school, I was just DJing. That was something that just rambled on and worked out. During high school I would be taking a test on a Friday and then I would leave immediately and go to soundcheck at some venue I was performing at. It was pretty cool. I had a very cool and unique high school life I would say.”

THE HONEY: SO, HOW DID YOU GET INTO DJING?

JAKEGATEWOOD: “It was by luck. I had $100 from a birthday when I was 14 and I went to Best Buy with my dad because I always loved to go to Best Buy and look at all the CD’s they had. I saw all the CD’s and had a random thought and wondered if they had any DJ equipment, not thinking anything of it. So, I asked the employee and of course they had this $90 piece-of-shit DJ board and I bought it with my birthday money. I just started screwing around with it and by the age 16, I had my first show and so on.”

THE HONEY: YOUR PARENTS ARE SUPPORTIVE IT SOUNDS LIKE?

JAKEGATEWOOD: “Yeah, they were and they are. In the beginning they were like ‘what the hell’s going on?’ Then, I started doing this and that and they started to get impressed and surprised. Same with the rest of my family; they didn’t understand it. Now I’m 20 years-old and I’m releasing solo music and now they’re on board.”

THE HONEY: HOW DID “DO IT LIKE ME,” GETTING FEATURED ON NO JUMPER COME ABOUT?

JAKEGATEWOOD: “I had performed at the Dallas Star; it was me, Future and Juice Wrld. Adam22 hosted it and I shared a greenroom with Adam22, Cody Ko and Noel Miller. I was just smoking weed with Adam22 and we started talking and we exchanged information. I sent him the single when it dropped and then I told him that we were shooting the video. He liked the video and then he went along with it and did the premier… yeah it was pretty awesome.”

THE HONEY: WHAT WAS YOUR FAVORITE COLLEGE TOUR? (FAN QUESTION)

JAKEGATEWOOD: “University of Arkansas. I liked the frat that hosted me, They were really professional. They gave me everything I needed… it was Kappa Alpha. I was the headliner for their two-night biggest show/party of the year. “It was super dope, it was crazy. I really liked doing college shows. I had some more planned but right now it’s all just kinda fucked. I was going to do a full college tour which would have been awesome but…” (COVID)

THE HONEY: HOW DID YOUR SONG AND VIDEO FOR “PULL UP!” COME ABOUT?

JAKEGATEWOOD: “It was the last weekend I was able to record at this particular place and I knew I wanted to do a song with Luna Luna. We had gone to the studio like four times and it just never worked out. So, essentially I just called up my dream team of producers and writers and I called up Luna Luna and got us six hours in the studio. Then Larce hit me up because he was going to engineer and produce and I asked him if he had any rappers in mind because I couldn’t think of any that would go along with Luna Luna. He said he had his homie Zayland and I didn’t know him but I had heard of him and told him to bring him. We pull up, I’m like four of my best producer friends deep; we’re working, screwing around. One person’s on bass, one person’s on piano, I’m doing this and that. Then, Luna Luna pulls up and starts fucking with it. Then, Zayland pulls up and starts fucking with it. Then, us three start writing and it just…it was like snow falling down an avalanche… it just kept going. We recorded it all that night; had no other studio sessions for it. Then, like three or four weeks later we had cover art and a mix and master. I came up with a plan that I didn’t want to shoot a music video but I wanted a halfway music video that we were at a party listing to the song. So, it was more like a commercial for the song. I went to Luna Lunas house, Kevins house, and we tricked his patio out. His patio was like one light with a table on it. We moved that table and I bought like $200 worth of string lights, got some alcohol, got some shitty speakers, had my videographer pull up and we just… I just was yelling at people “just dance… vibe… hard!’ Everyone was like ‘what are we supposed to do?’ And I was like ‘just vibe, just fuckin’ dance.’ So, my videographer was just walking around shooting different scenes it was super casual. Then, I had my graphic designer take a photo of us in the backyard and we used that for the cover art.”

THE HONEY: DID YOU KEEP THE STRING LIGHTS OR RETURN THEM?

JAKEGATEWOOD: “I let Kevin keep them because I was too lazy to take them down and he traded me a Luna Luna record because I’m a huge record collector.”

THE HONEY: DO YOU DO A LOT OF CREATIVE DIRECTION FOR YOURSELF?

JAKEGATEWOOD: “Yeah I pretty much do all of it. Essentially, I’ll have my graphic designers and people I trust tap in with me and give me advice but for the most part it’s just from my vision and my manager David as well.”

THE HONEY: HOW WOULD YOU DESCRIBE THE MUSIC YOU MAKE?

JAKEGATEWOOD: “My music style came from one show I had never done before and it was with Cashmere Cat. It was my first ever non-rap show. At the time I listened to literal dance music, not EDM, I listened to like Cashmere Cat. I did a set and I really enjoyed it. Seeing people just dance and smile and drink and laugh and just vibe…like instead of moshing, the usual rap-show stuff. I really liked that. So, when I started making music I really wanted to be able to make people dance and make people smile and make memories and listen to it in the summer with their windows down and all of that. You know, I always think the summer time is the best time to listen to music because you’re constantly making memories and breaking the law and doing dumb shit while listening to it. My music inspiration and goals and style really just comes from partying and having fun and falling in love and blah blah blah… just having a good time.”

THE HONEY: YOUR FANS ARE VERY LOYAL TO YOU… DO YOU KNOW WHAT IT IS ABOUT YOU THEY LOVE SO MUCH? IS THERE SOMETHING YOU DO ON PURPOSE TO MAKE THEM LOVE YOU SO MUCH?

JAKEGATEWOOD: “I think it’s because I’m a pretty regular, relatable guy. You have all the artists and rappers these days trying to act like they’re some super hero and I don’t know, drug-addict-weirdo and people can’t relate to that. I feel like I’m a relatable, easy-going person that will talk to my fans. I think I’m pretty personal so, that’s probably why they stay around.”

THE HONEY: YEAH AND YOU’RE NOT REALLY AFRAID TO SHOW YOUR PERSONALITY. ARE THERE EVER MOMENTS YOU DO FEEL NERVOUS ABOUT PUTTING YOURSELF OUT THERE?

JAKEGATEWOOD: “I mean, I get nervous all the time when I go to parties or any place that has more than 20 people that I don’t know. I just get super bad social-anxiety. If people just start looking at me or aren’t talking to me or whatever, I just get super bad anxiety about that but yeah… I get social anxiety. But, I like my social media to represent me as a person and an artist.”

THE HONEY: OKAY LAST QUESTION, TOP THREE SONGS THAT GET YOU OUT OF A FUNK/ JUST MAKE YOU HAPPY?

You can find our full IG Live interview with Jake Gatewood here. 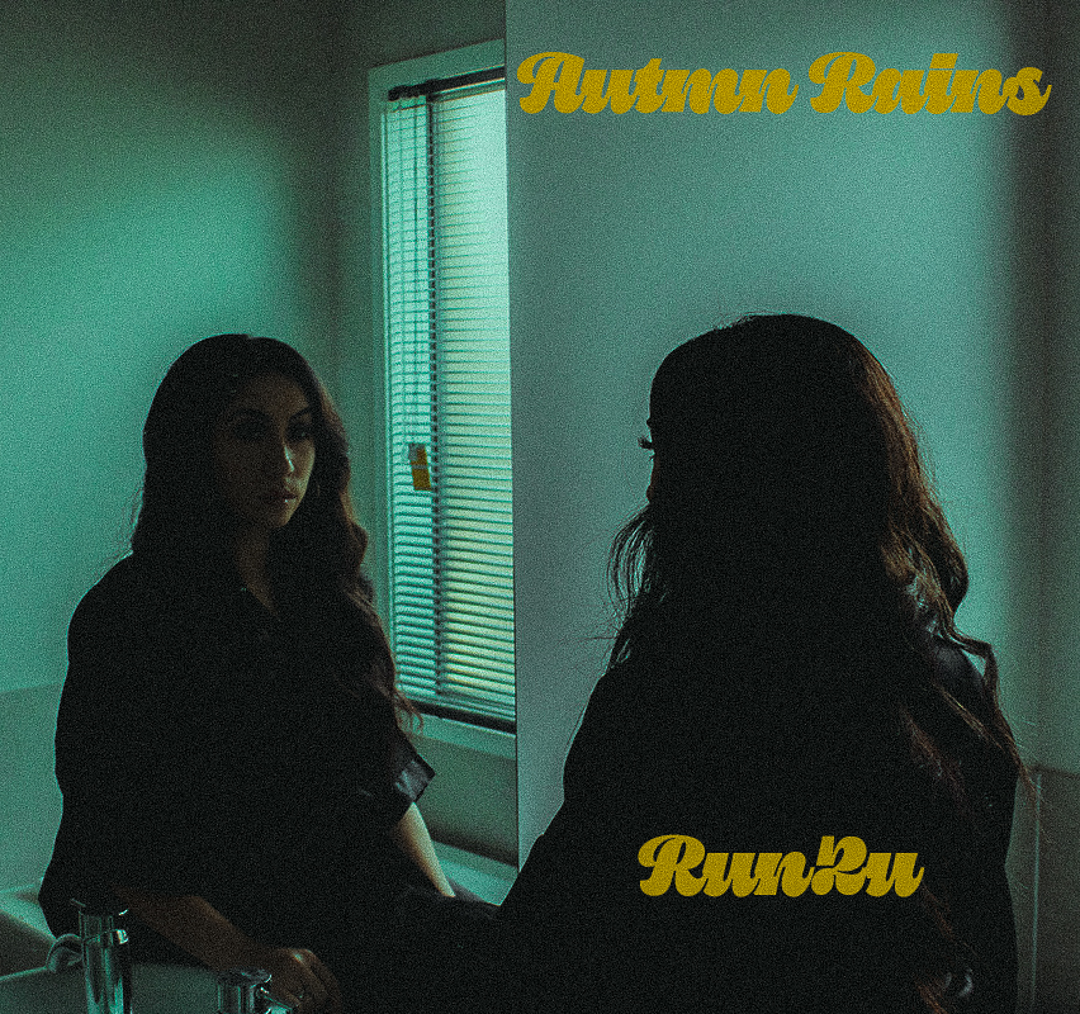 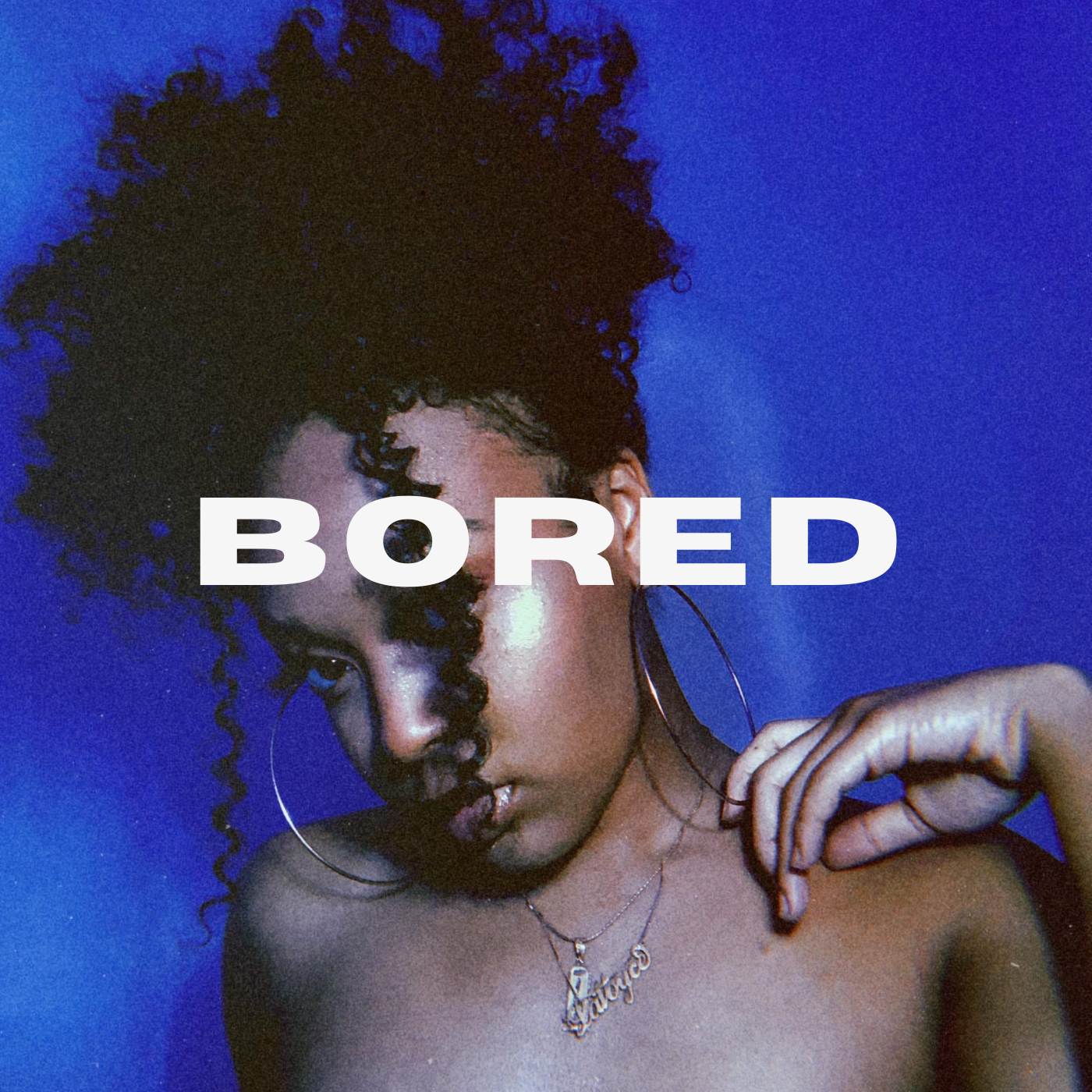 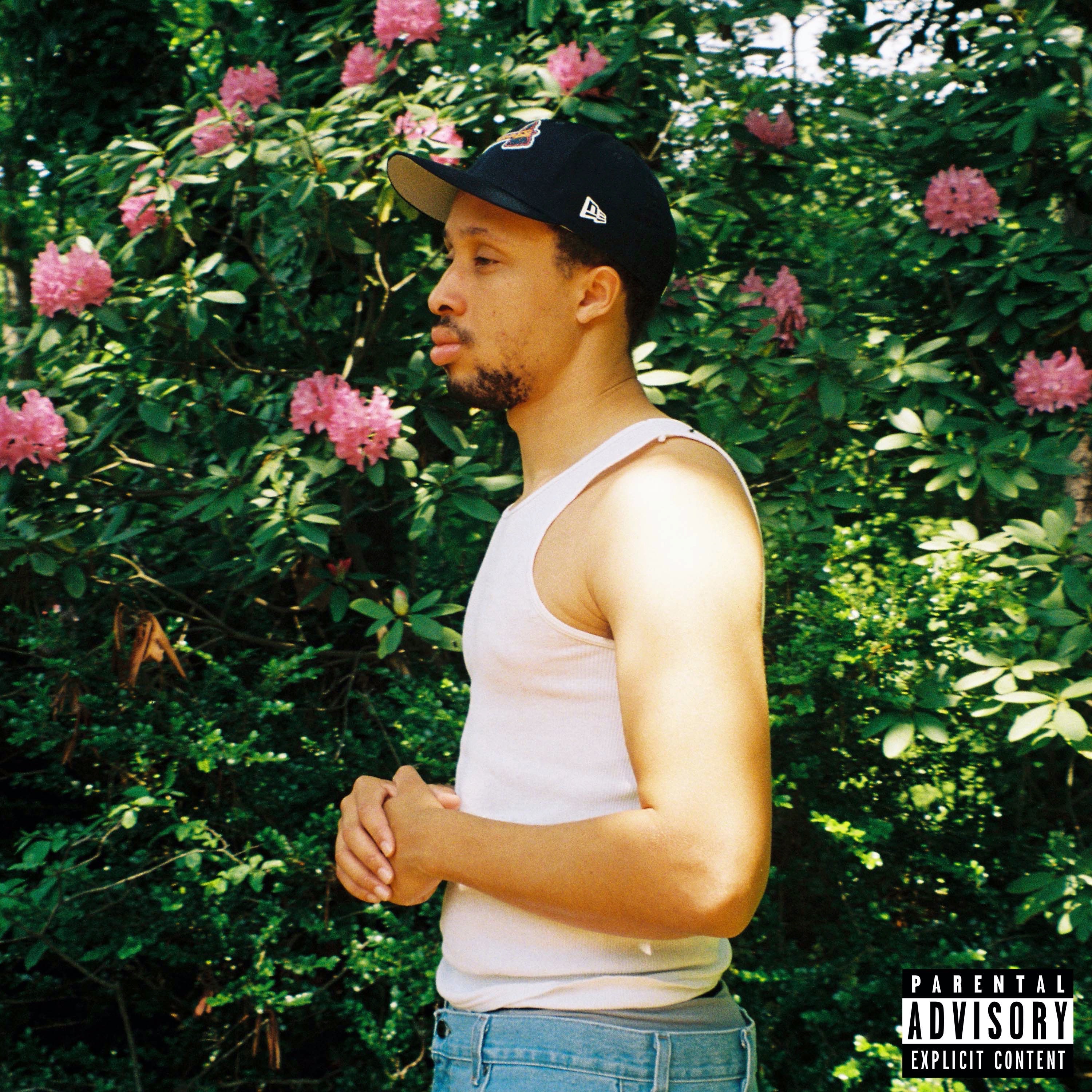 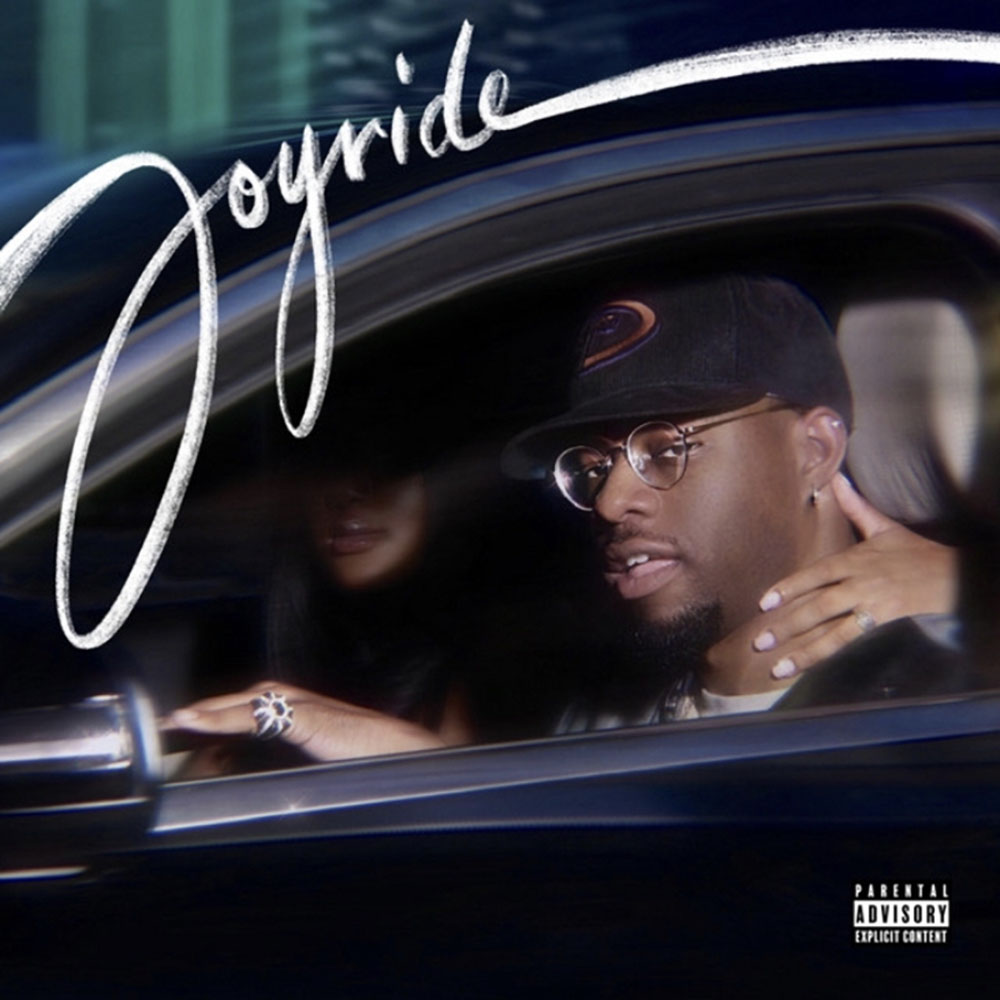